~ Lowell Police Department and Officer Sean A. Collier Memorial Fund Team Up to Offer Youth Swimming Lessons. What a Wonderful Event for all these kids.

The Officer Sean A. Collier Memorial Fund was established to honor the memory of Sean A. Collier who was Killed In the Line of Duty by the Boston Marathon Bombers on April 18, 2013.

On September 12, the Memorial Fund had its Annual Golf Tournament.  We honored two law enforcement heroes: Trooper Tamar Bucci of the Massachusetts State Police, (End of Watch March 3, 2022) and Sergeant Brian Sousa Jr. who passed away suddenly on April 16, 2022. 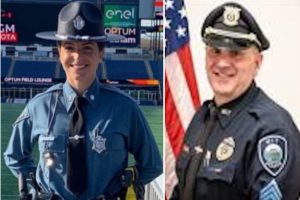 Trooper Tamar Bucci was killed in a vehicle crash when her patrol SUV was struck by a tractor-trailer near exit 27 on I-93 in Stoneham.  She had activated her emergency equipment and was moving to the side of the road to assist a stopped motorist when the crash occurred.  Her patrol car was pushed against a cliff face as a result of the collision. Two passersby pulled her from the wreckage and a Stoneham police officer began life-saving efforts, however, she succumbed to her injuries at Massachusetts General Hospital.  Trooper Bucci had served with the Massachusetts State Police for two years.

Sergeant Sousa passed away suddenly on April 16 at the age of 49.  On the MIT Police force for 23 years, Sergeant Sousa was known for his kindness, patience, sense of humor, and love of MIT.  Sergeant Sousa served as aide to the patrol commander and was the top sergeant within the patrol division.  In this role, he assisted the operations division commander, with the day-to-day operations of the division, including scheduling, planning and coverage for events, and liaising with community members from across the Institute.

Brian volunteered many hours of time helping the Officer Collier Memorial Fund over the last 10 years.  He was also a regular at the Annual Golf Tournament. 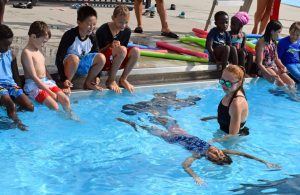 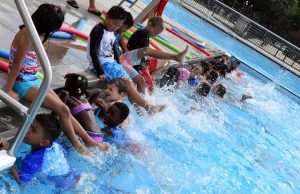 The Officer Sean A. Collier Memorial Fund, teamed up with the Lowell Police Department and the Massachusetts Department of Conservation and Recreation, (DCR) to provide free swimming lessons to 50 Lowell youth during the summer.

The Lowell Police Youth Services Program’s Learn to Swim program was held from July 18-29 at the DCR’s Raymond Lord Memorial Swimming Pool.  Children ages 6 to 16 were invited to participate for free.  Youth were partnered with volunteer swim instructors and learned to be cautious but comfortable in the water, as well as how to swim, float, and safely play in pools.

We are hoping to provide free swimming lessons again next summer.

The program is one of several initiatives organized by the Lowell Police Youth Services Program, which the Memorial Fund has participated in.  The Youth Service’s Program includes after-school activities, athletics, and other ventures that emphasize health and wellness. 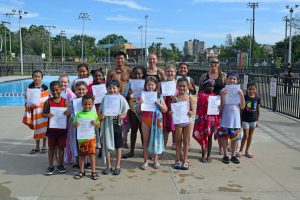 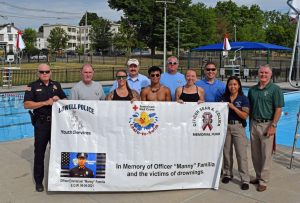 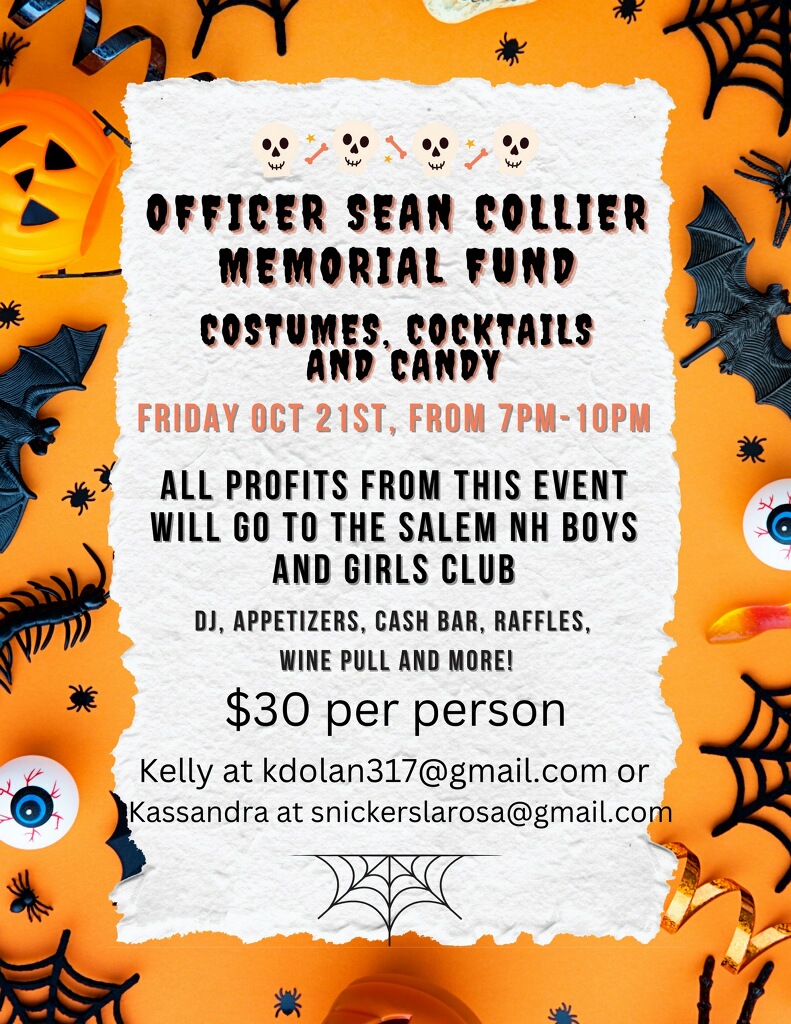 On April 15, 2013, two explosives went off near the finish line of the Boston Marathon, killing three and wounding 264 people. The three killed by the explosions were 29-year-old Krystle Campbell, 8-year-old Martin Richard and 23-year-old Lingzi Lu.

The bombing suspects were tracked to Watertown, MA were there was a shootout with law enforcement officers. One of the suspects was killed and Massachusetts Bay Transportation Police Officer Richard H. Donohue Jr. (a Police Academy classmate of Sean’s) was critically wounded but survived. Boston Police Department officer Dennis Simmonds was injured by an explosive device and he died of this injuries almost a year later on April 10, 2014. Eight other officers were also injured in the shootout with law enforcement officers.
The second suspect was apprehended the following day, tried and by unanimous decision sentenced to death on May 15, 2015.